March 21, 2015
This blog post is loosely transcribed from a talk I gave as part of a Future of Non-profits meet up hosted by my buddy David Neff. I was asked to do no more than 5 minutes and came up with the following. I'm also posting my hand scribbled notes I used to plan the talk, may as well show you my doctor like scribble. The notes were written on my iPad mini using Penultimate in case you were wondering.

Hi everyone and good morning (In my head there is awesome music playing!). My name is Marc Sirkin and I'm currently a Director with PwC, focused on helping organizations transform their digital marketing and social media. I spent 10 years in the non-profit sector, with large health charities such as March of Dimes, The Leukemia & Lymphoma Society and Autism Speaks. Most recently, I've been volunteering and doing pro-bono work for much smaller organizations focused on mentoring and youth.

Before I jump in, let me warn you, I'm extremely enamored with Peter Diamandis's latest writing, his books Abundance and Bold heavily influenced this talk - specifically by putting the notion of exponential vs. incremental growth into my head...

Let's take a trip down history lane to get started.

2500 BCE - tithing was the pre-dominant method of giving - 10% of what you made was typical. Today tithing is rare, and giving has been pegged to around 2% GDP in the United States. More on that later.

1643 - the first real fundraising campaign is run at Harvard. It raises 500 pounds and major giving was born.

1913 and 1935, two critical dates in the United States where tax laws were changed, allowing both individuals and then corporations to deduct their charitable giving.

Philanthropy has not been massively disrupted by technology, yet.


I wish it had, I spent most of the 2000's trying to drive fundraising online to new heights, helping to launch the March of Dimes and LLS's Team & Training digital platforms raise a ton of money.

So where is fundraising today? As I mentioned, giving in the United States is at about 2% give or take for the past 40 years. Despite the creation of the Internet, ice-bucket challenges and new giving models, that number hasn't changed much.

Fundraising has been growing, but doing so incrementally and not exponentially either at the sector level within many organizations. Most organizations I've spent time at actually plan for incremental growth - 8-10% is good, a few points more is great. Yes, there are some fast growing organizations, mostly younger, more nimble ones like Room to Read, Charity Water and Kiva.

Things are about to change, new technologies are coming online (they are already here, we're just not embracing them well enough yet).

We are stuck in traditional giving models that we continue to lean on as if they were the answer. Major Giving continues to be  challenge, event fundraising has been uneven and direct mail will never return to it's glory days.

Individual donations make up some 72% of all donations in the US, and there is massively disproportionate giving to faith based organizations.

So what's the future you ask?

I'll get there in a minute but let me point out 3 models that have to be addressed before we can fully move to the future.


So the punchline to all this is obvious, you are not ready. Maybe some of you are, but most organizations are going to wonder what hit them when these waves get bigger and bigger.

First, crowdfunding. In 2013, there was more than $5 billion transacted on crowdfunding platforms according to one study. With 3 million new people coming online in the next few years, crowdfunding may very well become the dominant giving method for donors. Can you imagine a day where crowdfunding accounts for 50%+ of all your donations? I can.

Second, loyalty and alumni programs can help you address "leaky buckets" of donors. Consumers expect loyalty programs and when done well, they can reduce donor churn significantly and can increase the lifetime value of your donors. Do not dismiss this just because your cause is short term, work harder to build relationships with donors instead.

Third is shifting major giving expectations. Are you ready for increasing donor directed funding? Are you ready for pools of large donors to come to you as a group and want to not only write a check, but help you design your organization for success?

Last is infrastructure. The conversation about impact is going to shift because it must. It's misplaced right now by only focusing on program ratios. Already, donors are asking for proof that you have built a platform, and an infrastructure to manage donations, programs and staff for the future. No one wants to give money to an organization with a great mission but no way to execute it. 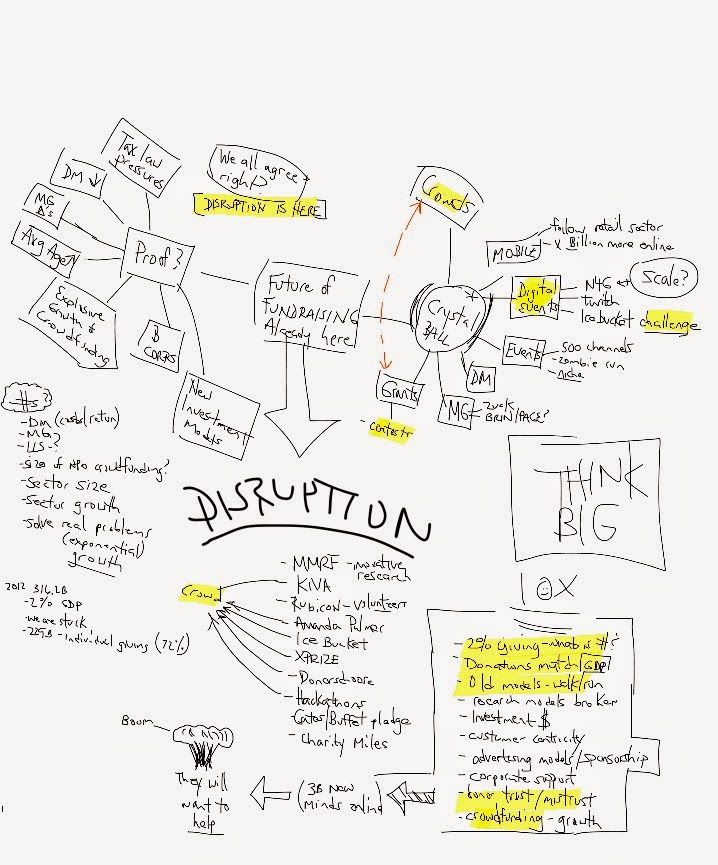 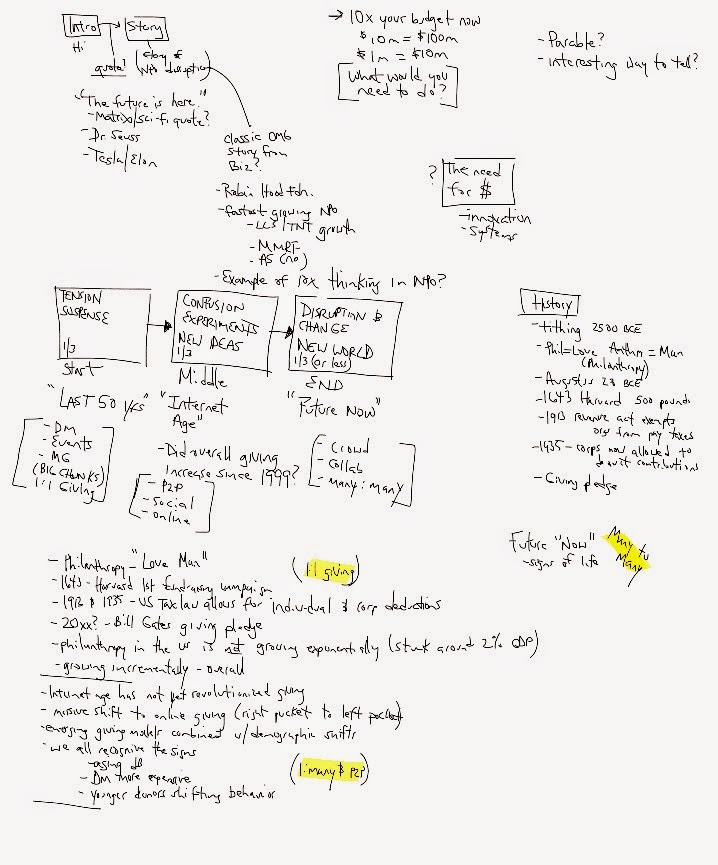